The experts will tell you – never – never – EVER accept a counter-offer. Your resignation has already placed you in the outer circle and you will remain there forever. Just leave. A resignation cannot raise your value to the company – he is lying to you.

Anecdote: One of our team members – a critical player – wanted a raise and the project boss said no – flat no. So he resigned. Next our project boss took all us leaders into a room to discuss options. He said the project budget had an additional $5000 due to the resignation of another, lower-level resource. Everyone scratched their head. “He’s asking for a $10,000 raise – how can $5000 help?” The project boss sneered – “Because we’ll only need him for another six months to get past the first hump. I’ll fire him after that. So we’ll only spend $5000”

I thought he was kidding – but in six months, when the project’s solution was in the testing phase, the client was happy and the team was clicking-along, he took this guy into his office and fired him. Simple as that.

Want to know the best way to cover this? If you know the company likes you and your work, present them with the following:

“You know, over time I’ve received a lot of offers to join other companies. I’m not really interested in any of them. I’m happy here. I like the company, the work, the direction we’re going, and I know the company can’t match some of these offers. I get it. All I’m saying is, my wife and I discuss these things, and she’s aware of the money I could make at these other companies. It’s a lot of pressure. My question is, even if the company can’t match any of those offers, could the company close the gap a little? If not, I totally understand. You’re running a business and will pay me what you think I’m worth. Let me know your thoughts.”

In this, we are appealing to their priorities without threats, resignations, or ultimatums. We are recognizing their priorities while sharing a reality – other companies think I’m worth more. We’re also showing we are committed to the company’s goals – we’re not interested in leaving and we are happy here. We’re also showing a spirit of cooperation in not requiring a “match” – just a bump. But we can set that bump to anything we choose. They will never ask you for an offer letter to prove the offer is real. And if they do, simply decline. It is unprofessional to ask.

The first time I said this to a boss, I told him what I was being offered and he whistled. “We can’t match that.” – I said “I know, and like I said, I’m not asking you to. I’m just wondering if you can close the gap a little. If that’s my market value, seems you would want to take a stab at closing the gap. I’m happy here. I’m not interested in leaving.”

Every time I’ve tried this, the boss worked out a raise for me. Life went on and we went on to do a lot of things together. Non-threatening. No destroyed trust. No extortion. In fact, each time the boss gave me more responsibility considering I was being paid more – that’s fair – so it came as a raise and a promotion.

Asking for a raise isn’t particularly an art form. You need to think like your boss thinks – what are his priorities, goals objectives – you joined the company to meet them, and suddenly when you ask for money it becomes adversarial? No, no, no. It should never be adversarial. It should follow a very simple tried-and-true template:

Goals: You must show you fully understand the boss’s goals. He’s not interested in any of yours. If you ask for a raise to purchase a new fishing boat, or a car, or a home, or fulfill a life-goal – none of these things are important to him. Align with and only regard his goals. And make sure you know what they are.

Recognize and do not challenge his authority. No resignation, no extortion, nothing that threatens his reality. You want him thinking on a different plane – the plane you want to meet him on. He has the authority to give you a raise – or not – and the authority to fire you for asking. You need to be prepared for the worst but hope for the best. Why challenge his authority when he may exercise it to lop your head? Why not regard and honor his authority “I know you’re running a business and if you can’t meet this, I totally understand. I’m just exploring the possibility here.”

The boss does not want to damage his own reputation by allowing you to slip through his fingers and potentially go to work for his competitors. If you are good at what you do, he will want you doing it for him. It makes him look good. Make sure your words align with this reality without saying so. Like “What will people think of you if I walk across the street and work for your competitor” – this is not an appeal to reputation, but an open threat. He already knows your potential employers are his competitors. The reputation-point you are appealing to is his affinity for fair-dealing – that is – pay you what you are worth. He knows if he does this for you, you will say good things about him. If he doesn’t do this for you, you will be an employee under pressure and unsatisfied, and this will come through – indirectly – in every interaction. If he wants you productive and happy, he’ll strongly consider it. It makes him look good – to you if nobody else.

Asking for a raise means you cannot be a cog-in-the-machine. You have to stand out. Raises mean the company has recognized your value. If you are mediocre, there’s nothing to recognize. So if you have been “doing good work” but have not stood-out with exemplary work and conduct, the likelihood he will honor your request is a lot lower. In fact, if you are mediocre, he may think you have found a new employer to pay you more, and they don’t realize how mediocre you are. Being above mediocrity means stepping-up and stepping-out – (of the crowd) – step-up to solve larger problems – step-up to more responsibility – step-out to “increase your coast” – that is -make yourself known in other areas of the company – even to the point of writing industry articles – or books – which increase your value to the company as a thought-leader.

A man worked for me who was ten years my junior, had a bachelor’s and master’s degree, but zero experience. He was being paid well considering the work he was doing. I would agree he was doing work beneath his level, but he was being paid fairly for it. He came to me and asked for huge raise. He’d examined the marketplace, and thought he had that kind of value. My answer was – I won’t disagree on your assessment of your value, but if it’s true, you’re working for the wrong company. I can say this company will never pay what you are asking for, for one simple reason – you are an individual player today, but the money you’re asking for is more than many managers with large teams are being paid. They manage multiple projects and juggle a lot of activity, with responsibility for their project’s budget, timelines, deliverable – and you aren’t doing any of that. This company won’t pay you more than them.

I knew what he intended, but when he left and went to work for another company, his pay increase was only a few thousand dollars (so I was told), not the tens-of-thousands he was asking for. Our company would have paid him that kind of increase, but not what he was asking for. I still recall when he asked for it, and I shook my head, he jolted forward in his chair and said “You don’t think I’m worth that?” It’s not a matter of what I think you’re worth – or what the market thinks you’re worth – this company will never pay you that. I don’t even have to bother asking.

On your new employer interview: If they don’t already know, they might ask you “why are you leaving your current employer” – and your answer should be, without hesitation – “I’m not leaving them. I’m perfectly happy with my job. I learned you had some interesting work here, and I’m always open to new opportunities.” Not only does this disarm the question, it requires the potential employer to sell their opportunity to you. In many hiring scenarios, the candidate is drilled for their skills and talents but very little is said about the company, the job they might be doing, etc.

In an employer’s market, they don’t have to sell it to you – there are a glut of candidates and you need to sell yourself. In an employee’s market, the company can’t find good people so needs to sell the opportunity to you. Both the company and the candidate should be actively selling themselves to the other.

Answer by Joshua on Quora

We believe you are unique, let interviewer's know that.

We are dedicated to help you make awesome first impression through an unique mobile version of your resume with QR code crafted for you.

Build your resume without even typing * 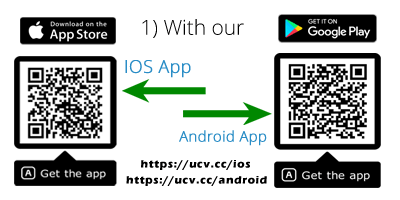 2. With our chrome extension

For our Premium CV Users Only.

Upgrade a CV to premium features at just $2.95 per month

Tremendously increase the chance of landing on your dream job no matter how many interviews you face within a year.

If you see this popup even after making payment, please clear browser cache, logout & relogin to your account.